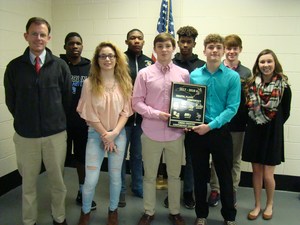 The 2017 Cross Country runners who recently received athletic honors and the Men’s Cross Country Coach of the Year were recognized, during the February 5th meeting of the Pamlico County Board of Education.