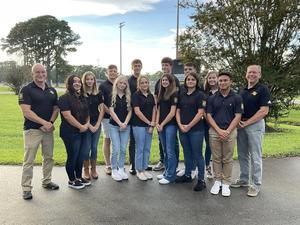 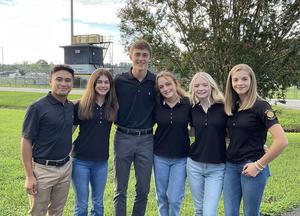 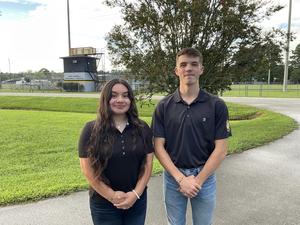 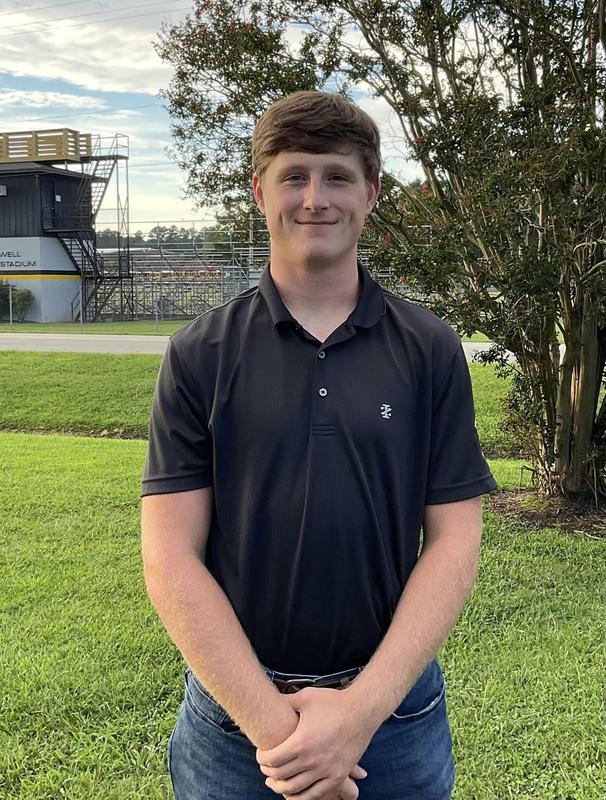 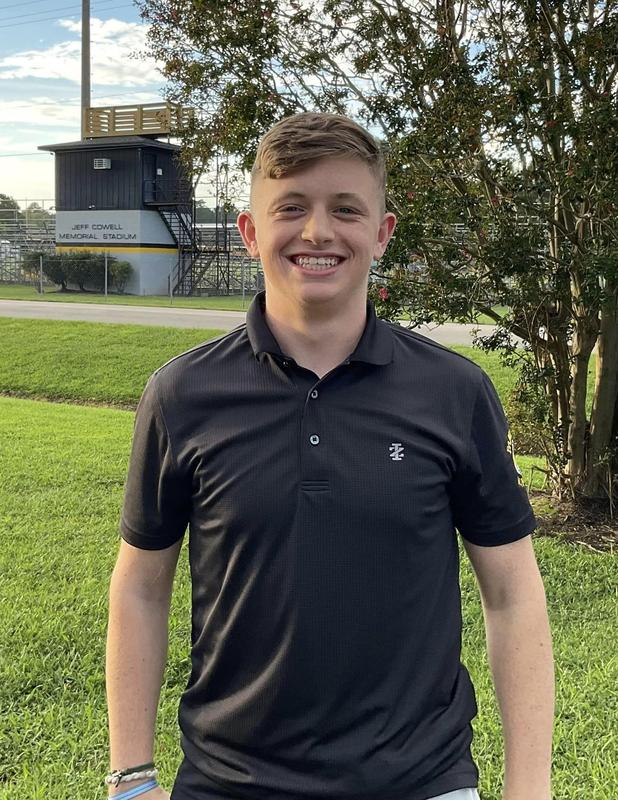 Several NJROTC Cadets were honored for participation in leadership activities this summer.
Several members of the PCHS NJROTC were recognized last night for their participation in leadership academies and / or experiences throughout the summer.
Cadet Abby Harwick attended the prestigious Summer Leadership Experience (SLE) camp at the United States Military Academy at West Point. Abby was particularly impressed with the professional instruction and the positive attitudes of the West Point Staff and cadets. In her words, she had a fantastic experience and would highly recommend this camp to anyone who may be interested in pursuing a career in the STEM field or an appointment to any of the military academies.
Cadet Ryan Baker Attended the prestigious Academy Introduction Program (AIM) at the United States Coast Guard Academy. This is a one-week summer program where the participants are immersed into academy life. Ryan enjoyed the professionalism of the Coast Guard cadets and staff. He really enjoyed the experience and recommends AIM to anyone who may be interested in pursuing a career in the STEM field or an appointment to any of the military academies.
Cadet Baker also participated in the North Carolina Tarheel Boys State program. The mission of the program is to teach North Carolina’s rising high school seniors the principles of American government through real participation in a model state, complete with governing bodies and elected officials. Through hands on experiences, Ryan was able to learn about learn the rights, privileges, and responsibilities of franchised citizens. He made new friends and really benefited from the opportunity to learn about the structure of city, county, and state governments.
Cadets Callen Jackson and Shelby Mehring attended the Area Six Sailing Academy at Monck’s Corner, South Carolina in June. Both of these cadets were greatly appreciative of the mentorship of Commander Kevin Nash and his team of adult and cadet instructors.
Cadets Neil Landow, Elijah Dacuyan, Peyton Robinson, Allyson Leaming, Bella Goswick and Diana Harper graduated from the Area Six Leadership Academy at the Citadel in Charleston, South Carolina in June. During this week-long intensive course, the top cadets from the NJROTC Units in North and South Carolina learn new leadership skills both in the field and the classroom. Each of these cadets became more effective and will immediately apply this knowledge as the senior cadet staff in the NJROTC Unit. The cadets started the week with a bit of trepidation but quickly overcame their fears as each platoon gelled into a close and cohesive unit. They all enjoyed the experience and made new friends with other cadets from Area Six Schools.
Cadet Shawn Richards and Yazmin Olguin attended the Area Six CO/XO Academy which was also held at the Citadel and ran concurrently with the Area Six Leadership Academy. This school is designed specifically for those cadets who are expected to serve as the Unit’s Cadet Company Commander or Cadet Executive Officer. Both cadets quickly became known for their enthusiasm within their platoon. This week concluded with the traditional military “dining in”. Both cadets returned from the academy confident and eagerly looking forward to another great year for the NJROTC unit.